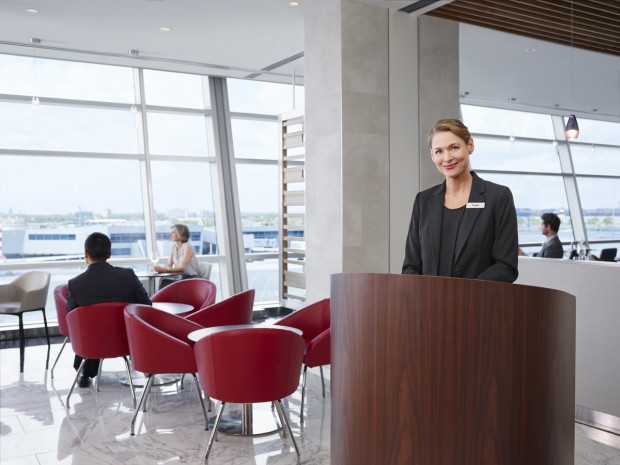 Airports around the world are revamping the way travellers dine and American Airlines is leading the pack with the rollout of its Flagship First Dining concept, an a la carte dining experience at the heart of the airline’s new-look lounges. Nick Walton checks out the newest addition to the network at Los Angeles International.

Dining on an off the ground is something airlines are increasingly taking seriously. It’s no longer enough to have a comfortable seat and a few decent flicks on the entertainment system – guests are expecting chef-curated cuisine that taps into the destinations the airline services. While American Airlines has lifted the benchmark for dining across its international fleet (check out our latest review of the trans-Pacific business class experience), its Flagship First Dining concept is bringing restaurant-level gastronomy to an airport lounge near you.

The LAX-branch of the Flagship First Dining concept arrived with the unveiling of a bold new look to the airline’s Flagship Lounge in terminal 4, part of a US$200 million investment by the airline in the luxury travel experience that also includes a new Admirals Club in LAX’s Terminal 5, a refurbishment of the Admiral’s Club in Terminal 4, and Flagship lounges at key destinations like Miami and JFK. While everyone at the new lounge dines well, with a buffet of hot and cold dishes on offer, down a quiet corner is a hidden haven accessed only by guests given a coveted invitation card at reception.

We arrive from Hong Kong and have two hours before our onward flight to Seattle – the airline recommends guests leave at least an hour to get the full service. After checking in at reception we’re guided down said secluded corridor into what was previously the First Class lounge and is now Flagship First Dining. A matre’d greets us and guides us into an intimate dining room with views across the apron. There’s a fully stocked bar to one side and deep-set booths to the other, and we’re the only guests save for one preoccupied business traveller with a hamburger in one hand and a smartphone in the other. 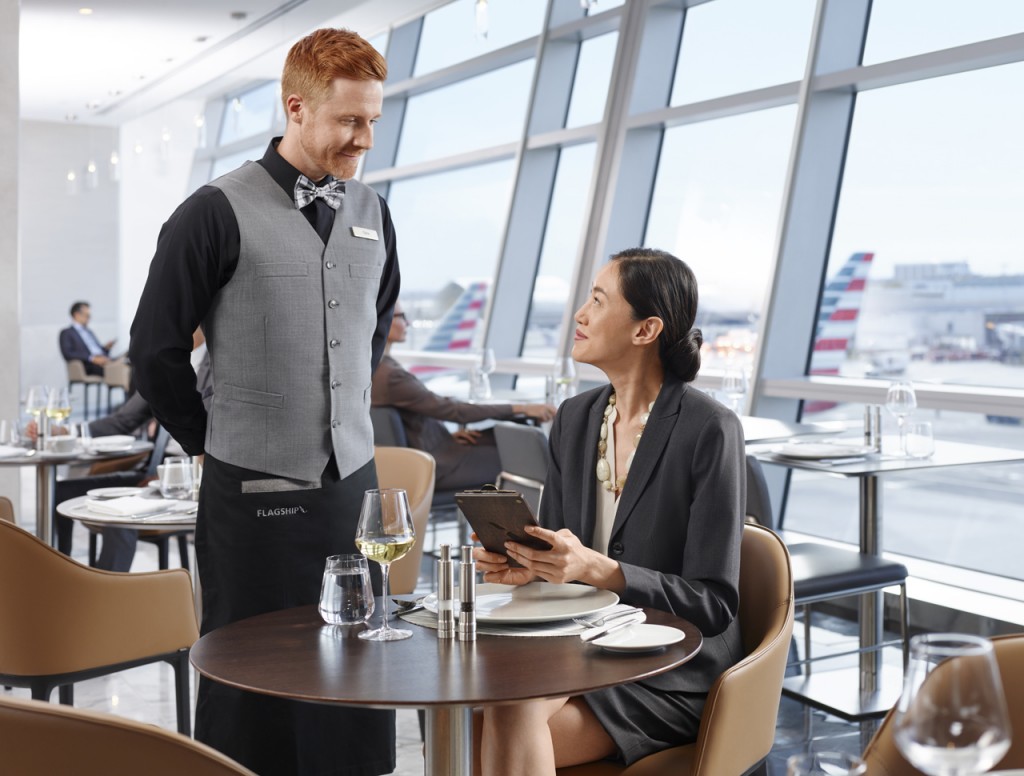 As the airline’s gateway to the Asia-Pacific region, it makes sense to have an enhanced dining experience on offer at LAX, especially with the late departure of flights to Hong Kong, allowing business travellers a chance to relax in the lounge and grab dinner, and then make the most of the time during the flight to sleep. The airline, the only to have an international first-class product, has added 24 flights from LAX since 2015, including direct services to Hong Kong, Tokyo Haneda and Narita, Shanghai and Beijing and is positioning itself as the American carrier linking North America with Asia.

Changing the Face of Airport Dining

Once we found a table to our liking, a waiter offered us all-day dining menus and took a drinks order. While Flagship First Dining has a list of signature libations, my dining partner and I went classic, with a Tito’s Vodka Martini and a Negroni. The idea behind Flagship First Dining, apart from offering premium travellers a chance to dine on terra firma, is to showcase local cuisine and ingredients and our menu features both tantalizing entrees and mains.

We both kicked off with the wraps, which were zesty and slightly spicy, the pork perfectly seasoned and contrasting perfectly with the lingering heat of the cabbage. While the kimshi could have done with a little more kick, the dish was a very elegant way to start a meal, airport or not.

Mains ranged from duck confit with calvados, mascarpone and Fresco pink lady apple polenta; and grilled rib-eye Spencer steak fries with roasted shallot demi-glace and creamed spinach; to orecchiette pasta with housemade venison sausage and rapini; and the Signature Flagship Burger, a hand-formed single sirloin patty with red onion bacon marmalade, arugala, and beefsteak tomato. Each of the mains is also paired with a wine from the airline’s extensive list, curated by wine consultant Ken Chase. 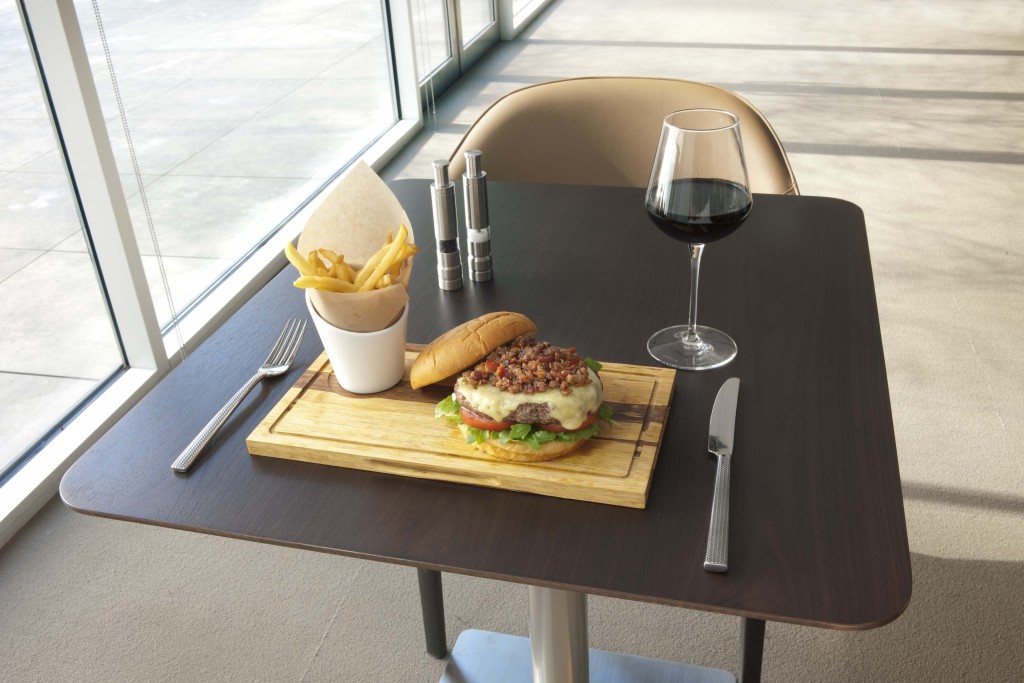 While I opted for the burger, which was everything it sounds like – juicy, smoky, sweet, tangy and delicious – and which was paired with a Miner Family Cabernet Sauvignon from the Napa Valley, my dining companion went with the sesame-crusted yellowfin tuna with rock shrimp and avocado lime salsa, paired with a Gradis’Ciutta Pinot Gris from the Italian CollioGorziano region. While the burger has become a bit of a cult figure among well-heeled travellers, the fish was thick-cut and perfectly-chilled, making for a refreshing and innovative dish that you might not risk when at 38,000ft.

Service was quick and initiative, with our waiter well versed in not only the dishes but where the produce came from, making suggestions based on his own experiences. After the meal, we had plenty of time for a shower and a visit to the Flagship Lounge before heading down for our onward flight.

American Airlines will next open its new-look Flagship Dining experience at Dallas/Forth Worth and London Heathrow later this year.

Fly American Airlines return between Hong Kong and Los Angeles in Flagship First from HK$39,800 (US$5,071) per person.