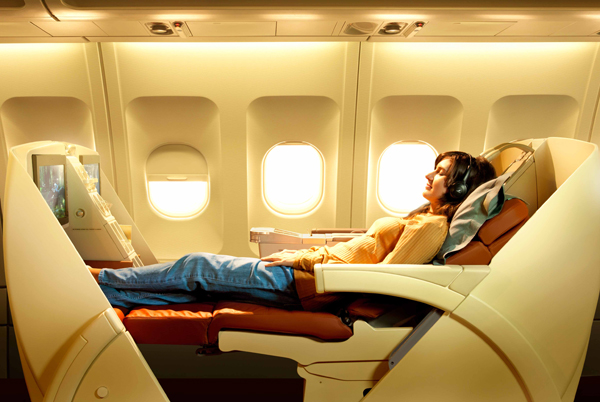 Despite tough times in the past SriLankan Airlines is forging ahead, especially when it comes to good old fashioned hospitality, discovers Nick Walton

We had assigned our seats during the reservation process, and checked in at Hong Kong International Airport, where the airline’s team processed our boarding passes quickly and efficiently, pointing us in the direction of one of two pay-in lounges at HKIA operated by the Plaza Premium Group, both of which are also used by smaller airlines like SriLankan. The lounge (below) is always packed but access with a SriLankan Airlines business class boarding pass gets you an invitation to a special area for airline passengers (you have to remind the reception staff) and complimentary drinks at the bar. The lounge remains a good staging space before your flight.

After finding our seats on the Airbus 330-200 aircraft we were greeted by smiling, welcoming cabin crew (Sri Lankans are world-renowned for their warm hospitality), including Dilini, one of the best we have ever encountered. She ensured we were settled in before offering glasses of Jacquart Champagne and cold Sri Lankan Lion lagers, hot towels and menus (she later gave us her recommendations for restaurants in Negombo and was spot on). 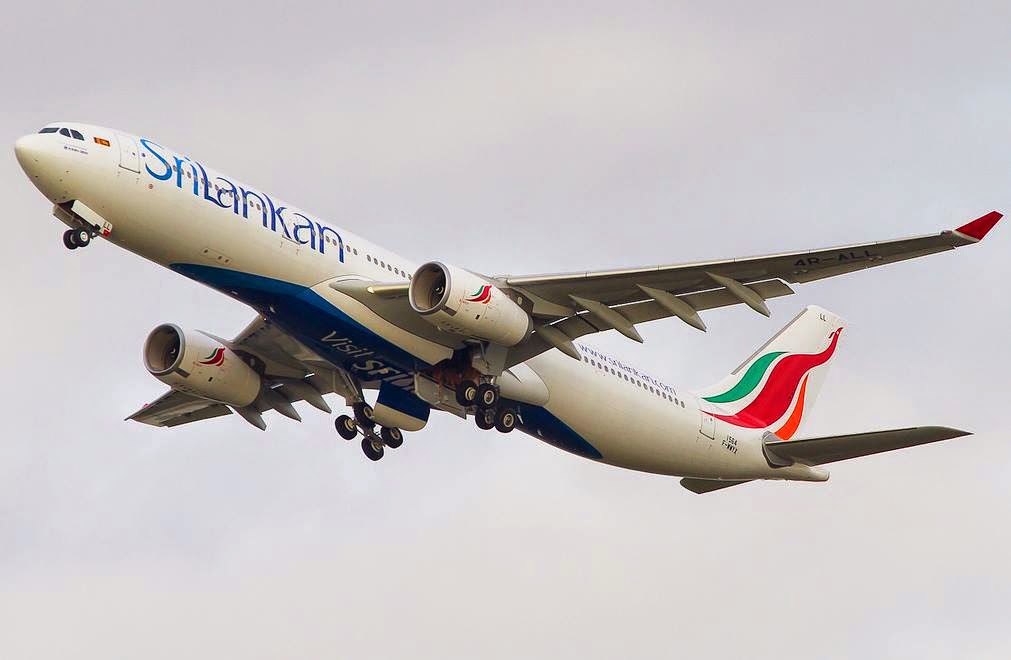 SriLanka, a member of oneworld, operates both A330-200 and 330-300 aircraft (and will introduce new A350 aircraft in 2017) and is slowly rolling a new generation business class across its fleet. The aircraft operated on the Hong Kong-Colombo (via Bangkok) route featured the older business class (compared to their latest business class product featured on their A330-300 aircraft), which is still surprisingly comfortable. The cabin’s 18 fully-lie flat seats, set in a 2-2 configuration, feature a pitch of 80-inches, and plenty of storage based around a large monitor that presents a recently upgraded IFE system with over 100 movies. You may, however, want to bring your own noise-reduction headphones. 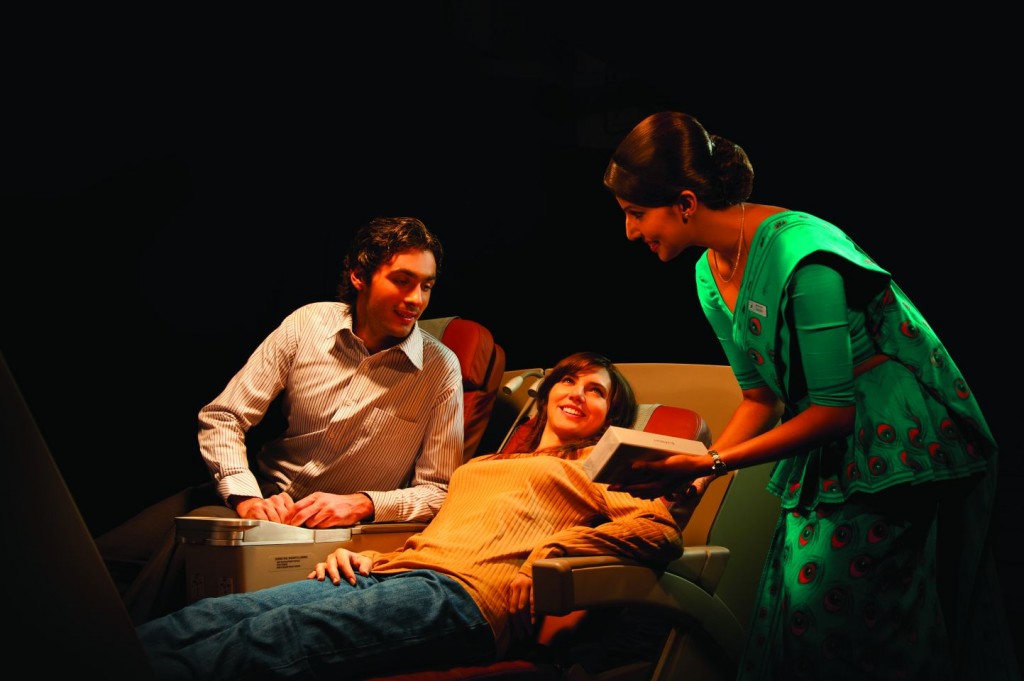 Orders for our meal were taken quickly by Dilini before we left the gate and dinner was served in record time after reaching cruise altitude, despite the business class cabin being 80 percent full. A papaya salad with glass noodles and tofu was followed by a choice of stir-fried chicken with sweet chili paste, fried noodles and vegetables; grilled red snapper in masala sauce; ragout of lamb with buttered penne and grilled peppers; and mushroom and green pea masala with steamed rice as a vegetarian option. A notation in the menu pointed out that guests could mix and match the ingredients of the stated dishes to suit their preference. The salad was fresh, light and zesty, with just the right amount of heat, while the chicken was the perfect comfort food and was followed by a choice of fresh fruit and opera cake with mixed berries. 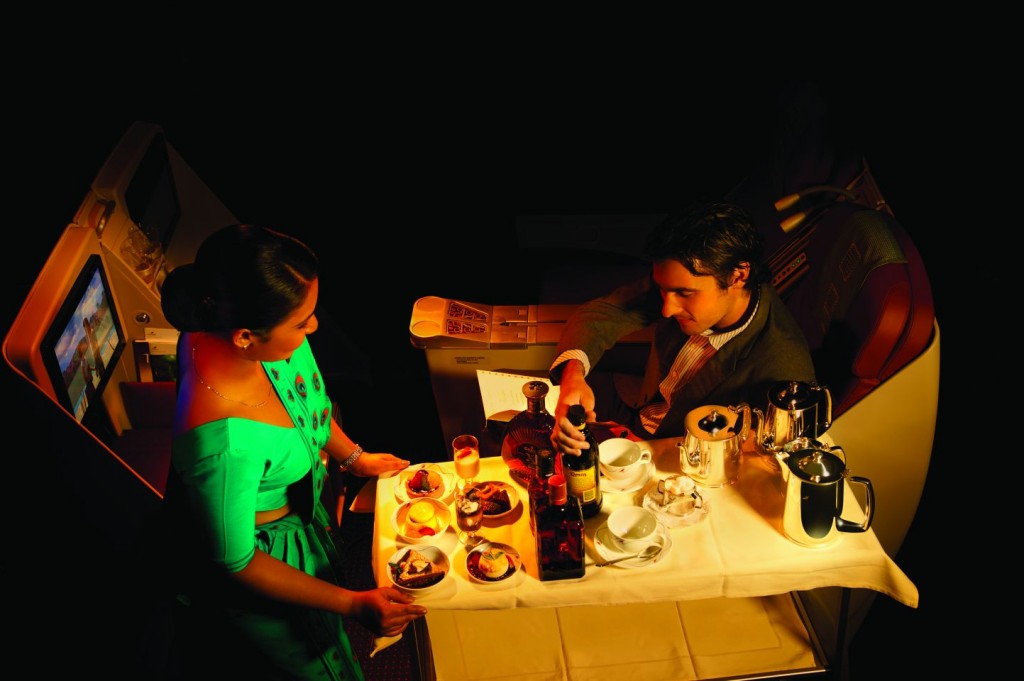 We landed in Bangkok, the first half of our journey to Colombo, uneventfully but very impressed with SriLankan Airlines’ levels of service. Staff held themselves very well – nothing was too much trouble – and we left with an entirely different perception of the airline and its home destination. This was further cemented on the subsequent five flights we would make with the airline in the following fortnight. From a value proposition, SriLankan is very competitively priced, given the competition on the route, the quality of the service and the quality business class product – even if it is the more dated version.

SriLankan Airline business class Hong Kong-Colombo (the HK-BKK route is now operated by Cathay Pacific) from US$1,530 per person. www.srilankan.com

Note: The author travelled on a fully-paid business class ticket without the airline’s knowledge