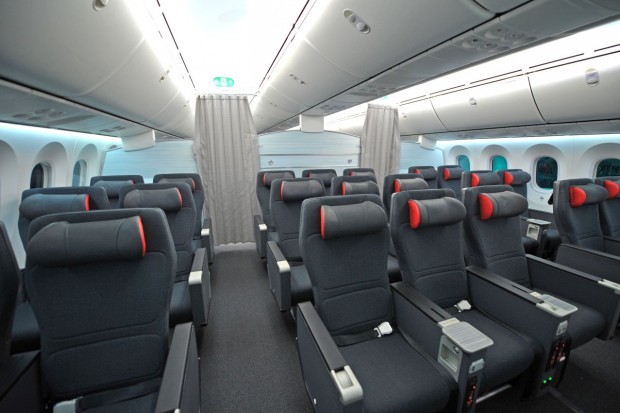 Trans-Continental flights can be as tiring as long-haul flights but a little respite can be found in Air Canada premium economy, as Nick Walton discovers on a recent flight between Toronto and Los Angeles.

I had originally booked in economy on Air Canada but was advised there was a chance to upgrade a few hours before my flight was due to depart and I jumped on the opportunity, having flown in the airline’s PE cabin before. The best chance for an upgrade option is if you opt for the flights operated with the 787; the A321 service from LA-Toronto was fully-booked so there was no chance to upgrade.

As with our previous flights, we encountered an upbeat and helpful staff at Toronto Pearson International, and with just carry on luggage I was quickly checked in and on my way through security. We boarded from gate F69 and as premium economy doesn’t come with lounge access, we killed time at a nearby café until boarding commenced.

On Air Canada’s 787-9 Dreamliner there are three classes, including premium economy which has 24 seats. Each is everything you could expect or want from premium economy; there’s plenty of legroom (38-inches, 7 more than economy), a 7-inch recline, and a width of 19.5-inches. Set in a 2-3-2 configuration, the premium economy cabin is spacious and airy, with a dark grey colour palate. Seats feature adjustable headrests, AC and USB ports, a high-resolution monitor, and come with a basic amenity kit and pillow. The electric window shades were also great as we had intense sunshine for an hour or so after takeoff.

Soon after taking our seats, a young cabin attendant called Steven took our dinner orders. On this evening flight west, the premium economy cabin was half full. We departed on time, climbing out over Lake Ontario. 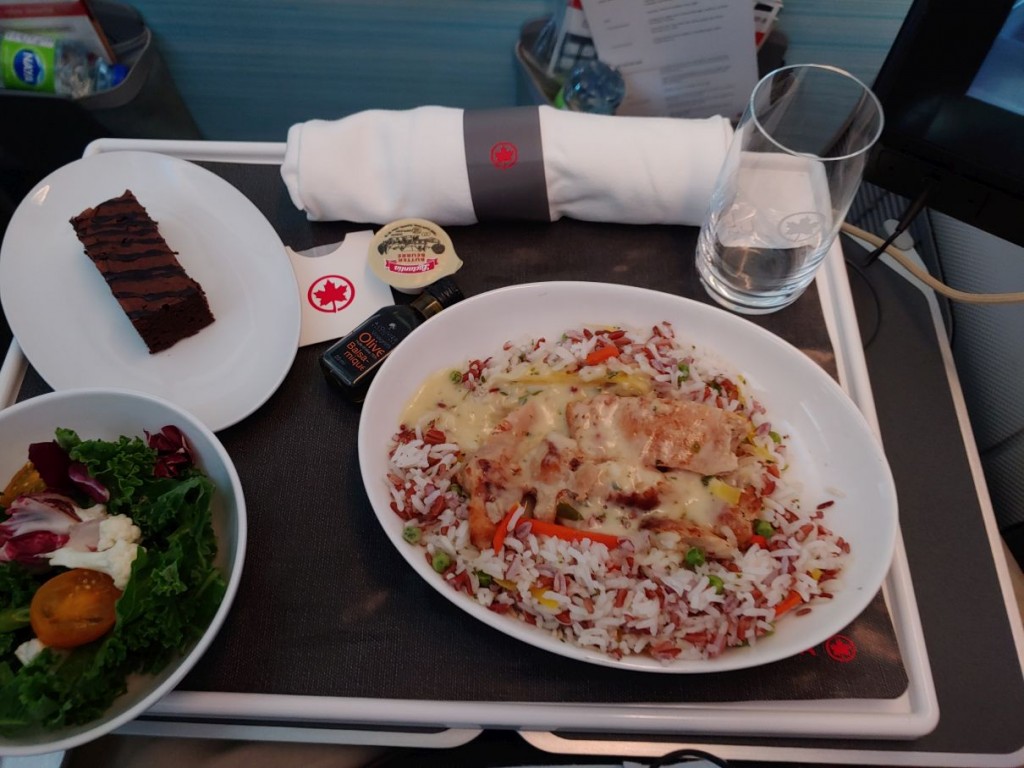 After takeoff, the crew began dinner service with a drink – in my case a Canadian Club and soda – and a fresh salad with balsamic oil dressing. Mains included a choice of chicken thigh in a creamy truffle sauce with mixed grains and vegetables; or lasagna with arrabbiata sauce, broccoli, cauliflower, and mozzarella. The chicken was very good, as was the ‘deluxe brownie’. My only niggle would be that the crew missed us when they were serving bread.

Unfortunately, the crew on this particular flight did fall short compared to previous encounters. After the meal service was complete, crew all but disappeared, rarely ever venturing from the galley, even when dinner trays were piled high. Call buttons went unanswered and a few passengers got up to deposit their rubbish in the galley themselves. Even when the crew did emerge to do a final sweep before we descended into Los Angeles they missed much of the refuse. What I suspect was that there wasn’t dedicated crew for premium economy (which you would think would be standard) so effectively the premium economy cabin was lumped in with the rest of economy. It’s this point you need to ask yourself what you’re looking to gain from flying PE over economy and whether it’s worth the extra expense. 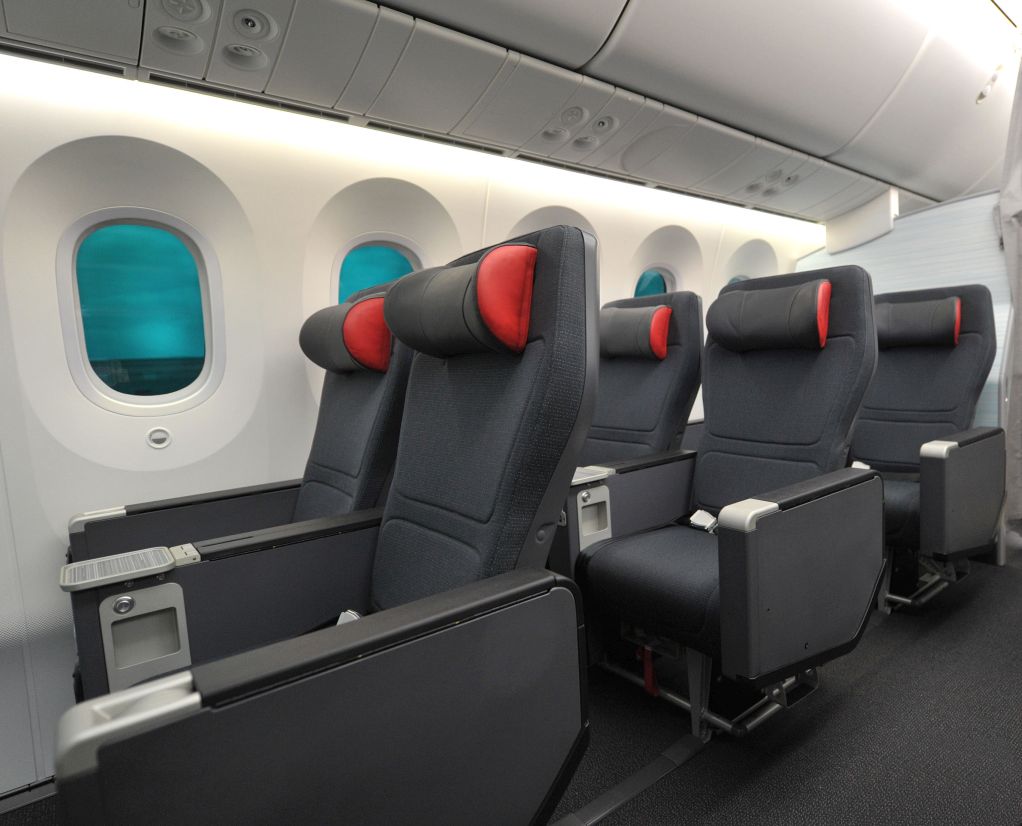 Passengers can access the Air Canada inflight entertainment system via an 11-inch touchscreen set into the seatback. The system has a surprisingly good selection of television shows and movies, and when coupled with my Bose QC35IIs, offers a great entertainment experience.

While I always welcome the opportunity to upgrade when travelling more than a few hours (in this instance it cost approximately US$190 for the one way upgrade, or 50% more than the original economy class ticket) Air Canada needs to ensure that it maintains standards in premium economy if they want passengers to regard it as a viable solution.

Los Angeles-Toronto return in premium economy from US$1,500 per person. www.aircanada.com

Note: The author travelled on a full fare ticket without the airline’s knowledge.